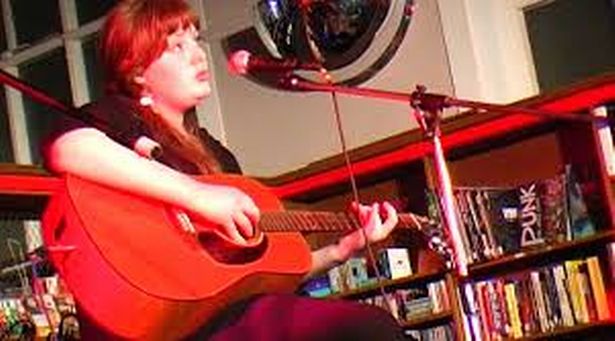 Footage showing the moment singer Adele performed her hit Hometown Glory as a support act at Lancaster Library back in 2007 has been unearthed.

Get It Loud In Libraries’ company director, Stewart Parsons, has shared his memories of the superstar’s laid back performance – more than a decade ago.

Since 2005, Get It Loud In Libraries has been organising live music events in libraries throughout different towns and cities in the UK. They aim to ‘demonstrate a unique talent for identifying new and emerging artists on the cusp of breaking through to the mainstream’.

They have hosted live acts such as Ellie Goulding, Clean Bandit, Florence and the Machine and the Vaccines.

Stewart Parsons set up Loud in Libraries in 2005 as an ‘out of hours club’ at Lancaster Library.

Since their first gig, the programme is said to have reached more than 25,000 people. They said ‘the music’s the key thing’ where gigs have no age restrictions, ‘no spilt beer’, ‘no rip-off ticket prices’, ‘just an intimate space with great quality breakthrough bands and a boogie amongst the book shelves.’

In a short documentary showcasing ‘the library roofs that have been razed in sound’, Stewart recalled the beautiful moment Adele performed as a support act in Lancaster Library.

He told viewers: “She’d have been sixteen or seventeen, she was stood outside with a guitar and a fag. I remember, my friend, who was quite short sighted saying, ‘oh are you looking forward to the gig?’ and she said ‘nah, I’m playing.'”

Stewart also recalled that they had to borrow a bar stool from the John O Gaunt pub opposite the library as the chairs in the library wouldn’t work with Adele playing guitar.

He said: “We had to go across to the John O Gaunt Pub to borrow a bar stool for her to play on because all the seats in the library had elbows so she couldn’t sit up and play.”

Adele was supporting Mr Hudson & The Library at the time. Stewart tweeted: ‘4 songs, 1 out of tune guitar, 1 borrowed bar stool from the John Of Gaunt pub, and 1 world class, jaw dropping voice.’

It was 2008 when Adele’s ‘Chasing Pavements’ from her album ’19’ saw the star rocketed into fame. Since then, she has won an endless list of awards including nine Grammy’s.

Loud in Libraries also hosted pop group Clean Bandit in 2014, shortly after their beloved it ‘Rather Be’ featuring Jess Glynne hit number one. Lancaster Library was the first stop on their tour.

“They arrived in a tour bus that bought Lancaster City Centre to a standstill,” Stewart said.

Get It Loud In Libraries now works with a range of libraries across the UK including Lancaster, Kendal, Coventry, Liverpool, Wigan, Greenock, Aberystwyth and Irvine.

They have a number of gigs lined up across the UK including bands The Districts, Juniore, Billie Marten, This Is The Kit, Albertine Sarges and Do Nothing all set to perform in Lancaster Library over the coming months.

Penelope Isles and Mush are also due to perform at Blackpool Central Library. You can find your nearest boogie among the bookshelves here.