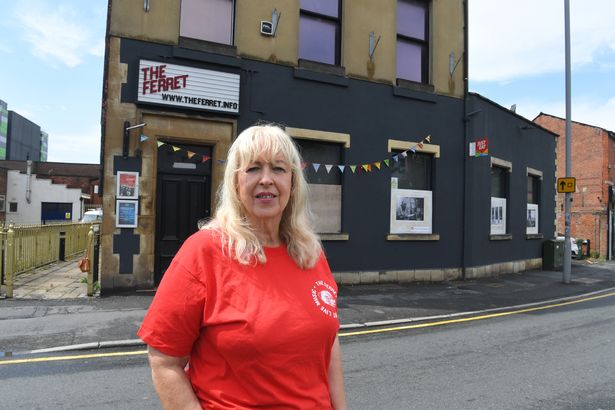 Live music venues and theatres have been coming back to life over the past couple of months, and those in Lancashire and beyond are no exception.

With so many places forced to shut throughout the pandemic, some for 18 months or more, they are welcoming crowds back with open arms.

Plenty of gigs and shows have sold out quickly, with fans eager to experience live music and theatre again, but there’s still plenty of tickets left for events, from stand-up comedy to big arena shows.

Here’s a selection of events at venues across the north west in October, with tickets still available (at the time of publishing).

READ MORE: Preston’s hidden history and how you can explore it

There’s a number of gigs and shows at this independent live music venue, which is famed for helping to blood-in future stars such as Ed Sheeran and Blossoms, with tickets still available.

They include Nick Harper on October 7, The K’s on October 15 and Britpop Acoustic ft Mark Morriss (Bluetones), Nigel Clark (Dodgy) and Chris Helme (The Seahorses) on October 16.

Later in the month there’s the Rosellas and Bines double bill on October 29 and drum n bass night with Klute on October 31.

Get your tickets for The Ferret gigs here.

Some big names are heading to Blackburn in October. Some venues can still fit some stragglers in at the back, if you’re quick.

Boyzlife (Boyzone’s Keith Duffy and Westlife’s Brian McFadden) play on October 16, the mighty Fireman Sam and his circus show arrives for a morning and afternoon show on October 17, Judge Jules will be playing live with a 10-piece band on October 23, while explorer Sir Ranulph Fiennes will be speaking about his adventures on October 29.

Get your tickets for King George’s Hall shows here.

Comedian Kerry Godliman heads to Darwen Library Theatre with her latest tour BOSH on October 9, while Ivo Graham also plays the same venue on October 14 and the National Theatre Live’s Follies will feature on October 15.

Fans of Cliff Richard can watch his The Great 80 Tour live on the big screen on October 27 at the Auditorium.

Get tickets for the Darwen Library Theatre shows here.

If musicals and live theatre your thing, then there’s plenty still on offer in Lancaster for October.

To kick off the month’s programme, Oh! What a Night, a homage to Frankie Valli and the Four Seasons plays on October 1

Then Sex Pistols frontman John Lydon arrives on October 18 with his I Could Be Wrong, I Could be Right show.

Dr John Cooper Clarke plus special guests and the I Wanna Be Yours Tour is scheduled for October 21.

Get your tickets for Lancaster Grand Theatre shows here.

Ultimate showman Derren Brown launches October’s events at the Opera House on October 1 and 2, while educational and family entertainment show Animal Antics is set for October 3.

Before Elf The Musical begins its 10-day stint on October 21.

Get your tickets for Blackpool Opera House shows here.

Elsewhere in the north west….

In Manchester, the Manic Street Preachers play the 02 Apollo on October 2 as Ellie Goulding heads to the same venue with her Brightest Lights Tour on October 11.

Jason Donovan (October 16) and Rag N Bone Man (October 29) also have a limited amount of tickets left for their shows at the Ardwick Green venue.

Over at the AO Arena, Gerry Cinnamon’s rescheduled date is October 1, while Boxstar Celebrity Boxing featuring Tom Zanetti and Charlie Sloth is on October 2.

Down the M62 in Liverpool, Genesis play two nights at the M&S Bank Arena on October 3 and 4, as Paul Heaton and Jacqui Abbott are locked in for October 16.

Scouting For Girls are set to perform at the city’s 02 Academy on October 3, while Yungblud is booked in with their Life on Mars tour for the same location on October 18 and 19.

Review: The healthy but delicious gin and tonic you can drink before driving