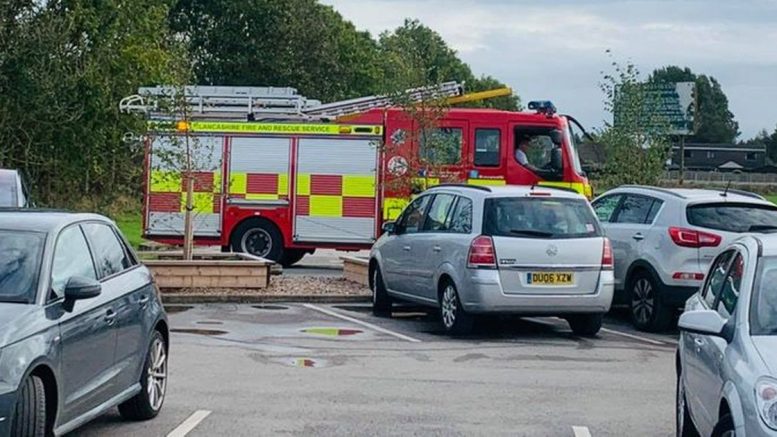 A “severe” power cut at a children’s soft play centre in Lancashire has left parents, kids and staff stuck inside.

Lancashire Fire and Rescue Service (LFRS) has been called to Jollie’s Barn in Mere Brow following the incident at around 12pm today (October 8).

Jollie’s Barn reports “a truck has taken out the live power cables over the car park”.

It could take several hours to resolve the problem, according to Electricity North West.

Jollie’s Barn said “no one is able to leave the Barn at this current time” due to safety concerns for customers and staff.

However the confirmed “everyone is ok and safe” but a “bit shaken up”.

The state-of-the-art facility is a play “barn” with a number of activities for children and adults.

In a statement on Facebook, a spokesperson said: “Jollie’s Barn are experiencing a severe power issue at the moment and will be unable to accept anymore entries at this time.

“A truck has taken out the live power cable over the car park.

“Due to the safety of our customers and staff no one is able to leave the Barn at this current time. We will keep you updated.”

Responding to one person’s concerned comment, Jollie’s Barn added: “Everyone is ok and safe- just a bit shaken up.”

It is estimated to be resolved by 6.26pm.

A LFRS spokesperson said: “At 12:04hrs, one crew from Tarleton responded to reports of a road traffic collision on The Gravel Mere Brow in Tarleton.

“The collision resulted in an electrical cable falling down into a car park outside a commercial premises.

“Firefighters put a cordon in place and monitored the scene whilst awaiting the arrival of the electricity board. Electricity Northwest are currently in attendance working to earth the live cable.

“Crews are currently still in attendance.”

Places you can eat and drink outdoors in Blackpool this weekend

Burnley Christmas market and when it’s coming to town