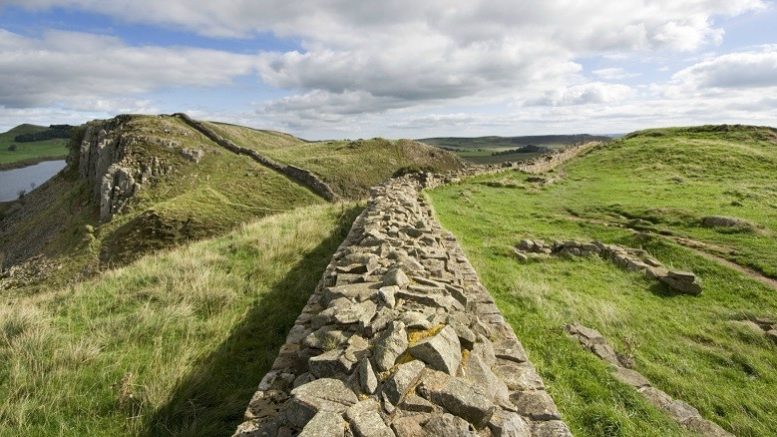 Plans are in place to mark a major anniversary for one of Cumbria’s most significant historical monuments, as details emerge on the possibility of a further archaeological dig at an exciting Roman find in Carlisle.

Next year will be the 1,900th anniversary of the start of construction on Hadrian’s Wall, and work has begun  on preparations for a year-long festival of events and activities to mark the major historical milestone.

The Roman wall, the building of which began in AD 122 on the command of Emperor Hadrian, stretches across northern Cumbria and into Northumberland to Wallsend in Tyne and Wear, and in advance of the anniversary, organisations across the north of England are joining forces to prepare to mark the occasion next year.

But another Roman-related development could be in the pipeline for this year in Carlisle, known to the Romans as Luguvalium, an important site for the empire on Hadrian’s Wall.

Carlisle City Council has submitted an expression of interest to the National Lottery Heritage Fund in the hope of financing a further archaeological dig at Carlisle Cricket Club this summer.

If funding is secured, the dig would aim to uncover new details on the find unearthed in 2017 – a particularly well-preserved Roman bath-house, described by one archaeologist as a “Premier League” find.

Much larger and grander than any other Roman-era bath-house found along the ancient empire’s northern frontier, the scale of the building and an inscription dedicating it to third century Roman empress Julia Domna gives possible hints that it was constructed in advance of a visit to Carlisle by Roman Emperor Septimus Severus and his imperial court.

The city council’s portfolio holder for culture, heritage and leisure, Conservative councillor Stephen Higgs, said that the council hoped for a “quick turnaround and response” to its initial exploration on securing Lottery funding.

“If we get the go-ahead, then we’ll work up a full-blown application for funding for further activity on the cricket club site during the summer,” he said.

“Obviously all of that has to be fitted around the COVID situation.

“But it is something that would be in the open air, and it probably wouldn’t take place until later in the summer anyway, so just fingers crossed first of all that we get a positive response to the expression of interest, and secondly that we’re successful in getting some funding.”

Mr Higgs added that the Roman era was one of a number of significant periods in Carlisle’s history, and that Hadrian’s Wall was a very strong draw for tourists into the area.

With the tourism industry having been hit hard by the COVID-19 pandemic, Mr Higgs said the city council was keen to help get the sector back on its feet as quickly as possible.

“It’s a great industry, it does a huge amount for the area both in economic terms and in terms of spreading the word about what a wonderful part of the world this is,” he said.

He suggested that the ongoing excitement over the secrets held by the Carlisle Roman bath-house find, along with the planned celebrations for the Hadrian’s Wall anniversary next year, could give the tourist industry in the area that important support.

The plans for celebrating the 1,900th anniversary of the beginning of construction on Hadrian’s Wall is being led by the Hadrian’s Wall Partnership, in collaboration with individuals and organisations from along its 73-mile stretch.

Organisers are keen to include as many individuals, groups, organisations and venues along the length of the wall as possible in the festival, and are encouraging people to get in touch to share their ideas on how to help celebrate the historic milestone.

Lady Jane Gibson, chairperson of the Hadrian’s Wall Partnership, said she was thrilled to be announcing that the year-long festival is set to take place.

“2022 will be a year of anniversaries but no other festival will be celebrating 1,900 years of continuous history of a place and its people,” she said.

“The communities living around the wall have one of the world’s most famous landmarks in their fields, villages, towns and cities and we want everyone to be involved in celebrating not just the history under their feet but the importance of world heritage today.

“From Hadrian’s birthday on January 24 to Saturnalia on December 23, 2022 will be the year of Northern Britain.”

“The Hadrian’s Wall 1,900th festival in 2022 is a chance for anyone here in Carlisle to celebrate what the wall means to them.

“For our businesses impacted by COVID-19, it’s an opportunity to welcome back visitors and residents with rich experiences, attract new audiences, and leverage the potential of Hadrian’s Wall World Heritage Site, to support and grow our communities.

Anyone who is keen to get involved in the festival is asked to submit their interest at  hadrianswallcountry.co.uk/hadrianswall1900/getinvolved

Ideas do not need to be fully formed at this stage, organisers said.

Museums make a call for support in the #mylocalmuseum campaign

Through the Locking Glass exhibition at Rheged