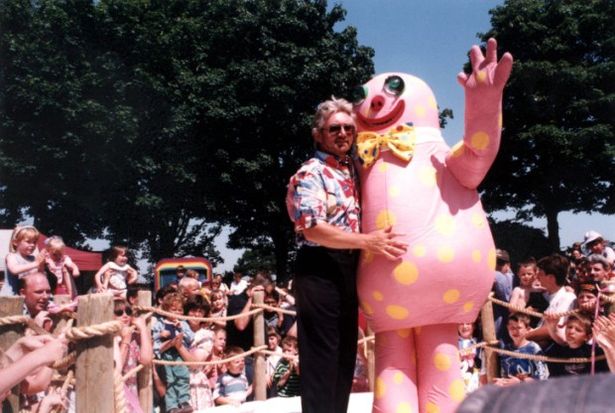 And now there is the chance to re-live those memories, albeit in a different way.

A raft of jobs are going at the traditional Morecambe park dating back to the 1920s.

In total some nine casual roles are up for grabs for the summer, with working months being from June to September.

Lancaster City Council owns the park and as such is advertising the roles.

The jobs are classed as ‘season Splash Park Attendants’ with the successful applicants to work in the Splash Park and kiosk.

“Responsibilities will involve monitoring users and visitor to the Splash Park, which will require overseeing public safety within the facility, in the kiosk you will be serving customers and selling tickets, within Happy Mount Park you will ensure it is kept clean and tidy and ready for visitors,” the city council says.

“The role involves water quality testing, regular daily duties such as cleaning and litter picking, cash handling, dealing with customer enquiries and ensuring a high standard of public service is provided at all times.”

A First Aid qualification is essential to the role and therefore a valid certificate will need to be provided prior to the successful applicants’ start dates.

The council adds: “You must be able to work as part of a team and on a shift rota basis, which will include evenings, weekends and bank holidays and available to work between July 2021 to September 2021.

“As a casual worker, you will be paid only for the hours which you work.

“The nature of casual work means that there is no mutuality of obligation. This means that the council is not obliged to offer you any hours and neither are you obligated to accept any hours offered. The council cannot guarantee that work will be available every week.”

Get the latest news, sport, what’s on stories sent straight to your inbox with the LancsLive newsletter here.

Despite the cultural revolution that engulfed the UK in the 1990s, the simplicity of a pink blob with yellow dots saw millions obsessed with its every move.

Yes, we are talking about Mr Blobby, the Marmite creation thought up by TV presenter Noel Edmonds for his BBC show, Noel’s House Party.

The mid-90s saw Edmonds capitalise on his creations’ fame by taking Blobby mania to the next level – theme parks.

Edmonds and his production company Unique began looking into ways in which they could open a Blobby-themed leisure park soon after 1993.

The first of the Crinkley Bottom theme parks opened in the small Somerset village of Cricket St Thomas during 1994.

Convinced by the initial success of the park in Somerset, Lancaster City Council began cooking up a deal with Unique and Edmonds to bring another Crinkley Bottom theme park to Happy Mount Park in Morecambe.

Edmonds’ company signed a three year deal with the city council with councillors voting through £300,000 of investment into the scheme.

Lancaster City Council expected that the park would bring in another 240,000 annual visitors to the resort, while the Morecambe Visitor ramped up expectations with frequent headlines.

Within two days of opening, 5,000 people had visited the attraction. By August that number had reached 50,000 people.

But problems quickly rose, with residents complaining about behaviour soon after an alcohol licence was issued for the park.

Customers then bombarded the council and local papers with complaints; saying that the park wasn’t value for money and there wasn’t enough for kids to do. Soon after a Happy Mount Action Group opposed Blobby Land, gaining 6,000 signatures on a petition to have it scrapped.

By October the Labour Party, who had the majority on the city council, called time on Mr Blobby’s Morecambe home.

Piccolino to close Clitheroe restaurant and two others in north west