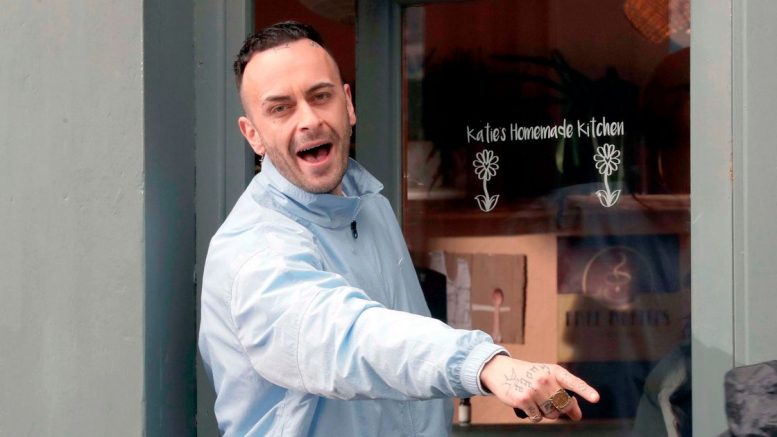 One of the best comedy hits to appear on modern television is back with a bang this year with the third season of Brassic hitting the airwaves.

And a new trailer for the Sky One comedy, which is loosely based on co-creator Joe Gilgun’s upbringing in the market town of Chorley, has now been released showing glimpses of what can be expected this year.

The show will see Michelle Keegan and Joe return as Erin and Vinnie alongside the full and rather unique Brassic cast.

It comes weeks after former Corrie star Michelle confirmed that filming for the fourth series is starting soon, the MEN reports.

Taking to Instagram, Michelle told fans that she will be back as Erin for season four with filming beginning in August this year.

Filming will take place across the North West, with the likes of Bacup in Rossendale a regular backdrop for the fictional town of Hawley in which the show is based.

The third outing of Brassic was filmed across the end of 2020 and the start of this year, lockdown restrictions permitting.

Cast and crew had been spotted on location across the region and a little further afield for scenes for the new series.

That included in Llandudno, Wales, where Michelle and Joe waved to fans in breaks from filming.

The new trailer for series three shows Vinnie leaving prison but heading back out to yet more trouble despite his kind and caring nature.

Michelle’s long-suffering Erin is seen saying: “Don’t let me down. You’re having a laugh if you think I’m that daft.”

The third season will air on Sky One this autumn. You can watch series one and two on the Sky TV hub and NOW TV. Situated next door to the fifteen-bedroom hotel in the Coach House, you will find seven different suites available with their own private hot tub
Lancs Live – What’s On …