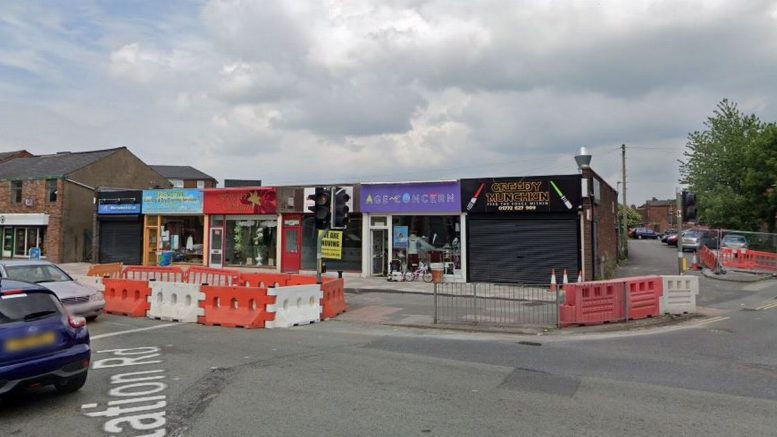 A former charity shop is set for a new lease of life in the form of a coffee shop and cocktail bar.

The former Age Concern store in Bamber Bridge, which has more recently operated as Ribble Valley Flooring, is now set to be transformed into the new watering hole down Station Road in the heart of the urban village.

It will open up next to what is already a popular micro pub, Beer Box, which opened in September 2018 through landlord Mark Bentham.

The Withy Arms pub is also directly opposite the proposed bar, making for a central night-time economy hub in the village.

Blackburn businessman and tattoo artist Chris Walker, who runs Grafix Tattoo Studio in the east Lancashire town, is behind the new bar.

There will be a small boost to local employment with three full-time and one part-time jobs up for grabs.

Those looking to head on down will be able to visit from 9am to 11pm, Monday to Sunday including Bank Holidays.

They said the bar will not “unduly impact” on local residents, but with no live music allowed at the venue.

No outdoor seating or patio heater areas are allowed despite neighbouring Beer Box having recently been granted planning permission for its own external drinking area in order to open under Phase Two of the road-map out of lockdown.

In paperwork sent to councillors, officers noted: “Due to the impact that the Covid pandemic has had on the hospitality industry it is considered that this proposed development will add to the vitality and viability of an established parade of shops/hot food takeaways and drinking establishments at Bamber Bridge and will also increase the night time economy.

“The proposed change of use from a shop premises to a drinking establishment is acceptable.

“The proposal will not have a detrimental impact upon the character and appearance of the area nor will it have an undue impact upon the amenities of neighbouring properties.”

The council’s planning committee has the final say on whether the bar can open, with a decision in favour of the new venue opening expected at Thursday’s meeting (April 29).

Tesco statement after being fined £7.56million for selling out of date food

Review: The healthy but delicious gin and tonic you can drink before driving

Toblerone fans can now enjoy the Swiss chocolate in a different form – but is it as enjoyable?
Lancs Live – What’s On …